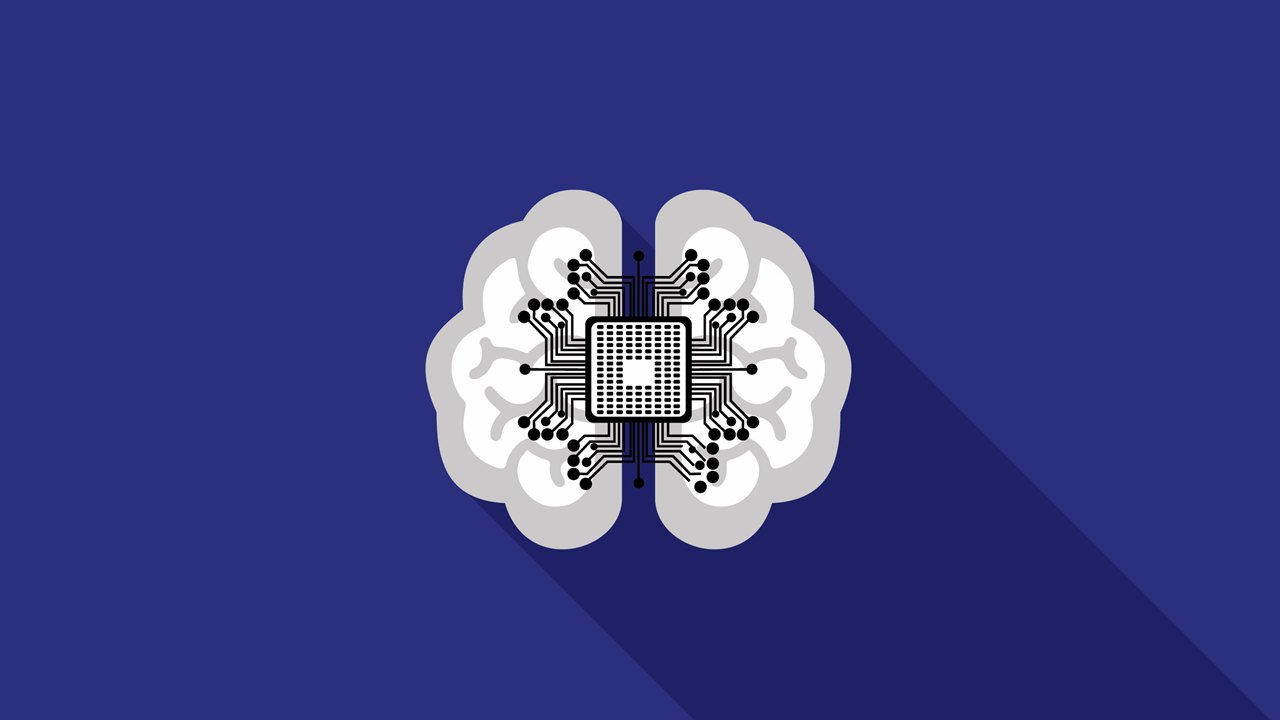 Hacking Habits to a Better Life

In leadership, as in life, habits are a mainstay of human behaviour, helping people to respond to hundreds of small and significant calls to action every day without excessive effort. As leaders turn to face the ever-changing challenges of the future, the demands for behavioural change and agility may seem overwhelming. But, what if you could reduce stress and grow new whole-of-life skills one micro-habit at a time?

“Habits are a simple yet powerful enabler of behaviour change that can significantly impact on an individual personally and professionally, as well as on an entire organisation,” says Ashley Monckton, psychologist and Associate Director at Maximus.

Researchers at Duke University in North Carolina agree, having confirmed that more than 40 per cent of the things we do each day are not based on decisions, but on habit. Our brains respond to internal or external triggers to set us on a sequence of learned actions, such as those involved in making the bed, manoeuvring the car out of the garage, or powering up the tech we need when we get to work each day.

“Shifting behaviour does not have to be seen as a behemoth,” says Monckton. “We have worked with clients using the concept of habits, to take the complex world and notion of leadership, and translate it into simple behaviour shifts.

“The focus has been on the creation and embedding of small intentional habits and behaviours that individually and collectively have a considerable impact on the leaders individually, their people and the broader organisation,” she adds.

Automating frequently performed sequences is a neural efficiency measure that means the brain doesn’t have to devote conscious thought to every tiny step in well-known procedures. Instead, habit kicks in to let your mind relax or focus on other tasks.

WHY IS IT IMPORTANT TO FORM HABITS?

“Habits emerge because the brain is constantly looking for ways to save effort,” says Charles Duhigg, author of the seminal book The Power of Habit: Why We Do What We Do in Life and Business.

The simplicity of the habit loop embeds behaviours, good and bad, into each person’s brain. The first experience of a behaviour may be random, but once the brain has enacted a behaviour in response to a trigger, and received a perceived reward for that behaviour, it will seek to repeat the experience again and again.

Repeated rewards can hardwire a habit, but science has also shown that the neuroplasticity of our brains allows for rewiring of habits that you’d like to change – use the known trigger to ignite an alternative, preferred behaviour, for a different or similar reward.

The brain, always trying to streamline its responses to the many stimuli of life, is also receptive to embedding new habits – even though developing new leadership skills or supporting your life with healthier practices can feel like a huge ask in an already packed schedule.

In this common scenario, think of some of your current habits, things you consistently do, as triggers – hooks on which to hang small, transformative new behaviours that will help advance an aspect of your personal and leadership development. For instance, consider changing the way you meet with your team. “Instituting ‘walking’ rather than sitting meetings can allow you to catch up with one or two people at a time and increase your level of healthy activity at work by talking as you take a turn around the block,” suggests Monckton. Simply starting the action and setting it in your diary helps your active meeting to become a regular, productive way to conduct internal business.

Establishing one or two successful micro-habits got author Steve J. Scott started on the premise behind his 2017 bestselling book – Habit Stacking: 127 Small Changes to Improve Your Health, Wealth, and Happiness. Habit stacking extends the strategy of tethering a new habit to something you already do, by combining up to 10 goal-furthering micro-habits in one 30-minute, scheduled block.

The idea, says Scott, is that however busy people are, they can clear half an hour a day to devote to their personal-development goals. Breaking one or two of your main goals into micro-habits that are too simple to be onerous makes it easy to get started and to tap into the power of the ‘small win’.

“Small wins are the steady application of a small advantage,” wrote much-quoted organisational psychologist Karl Weick in 1984. Many studies have since corroborated his finding that, “Once a small win has been accomplished, forces are set in motion that favour another small win.”

Monckton says taking time to reflect is one of the most powerful habits leaders can adopt. “In this current climate of technology, with solutions at our fingertips, a culture of immediacy as well as our tendency to jump to action, means that the ‘habit of reflection’ is being lost and forgotten,” she says. “We live in a world where it is increasingly challenging to find absolute, uninterrupted time to think. Research suggests the art of reflection is the only true path to personal and professional growth. Those who practise the art of reflection are not only more productive, but happier and less burned out,” Monckton adds. 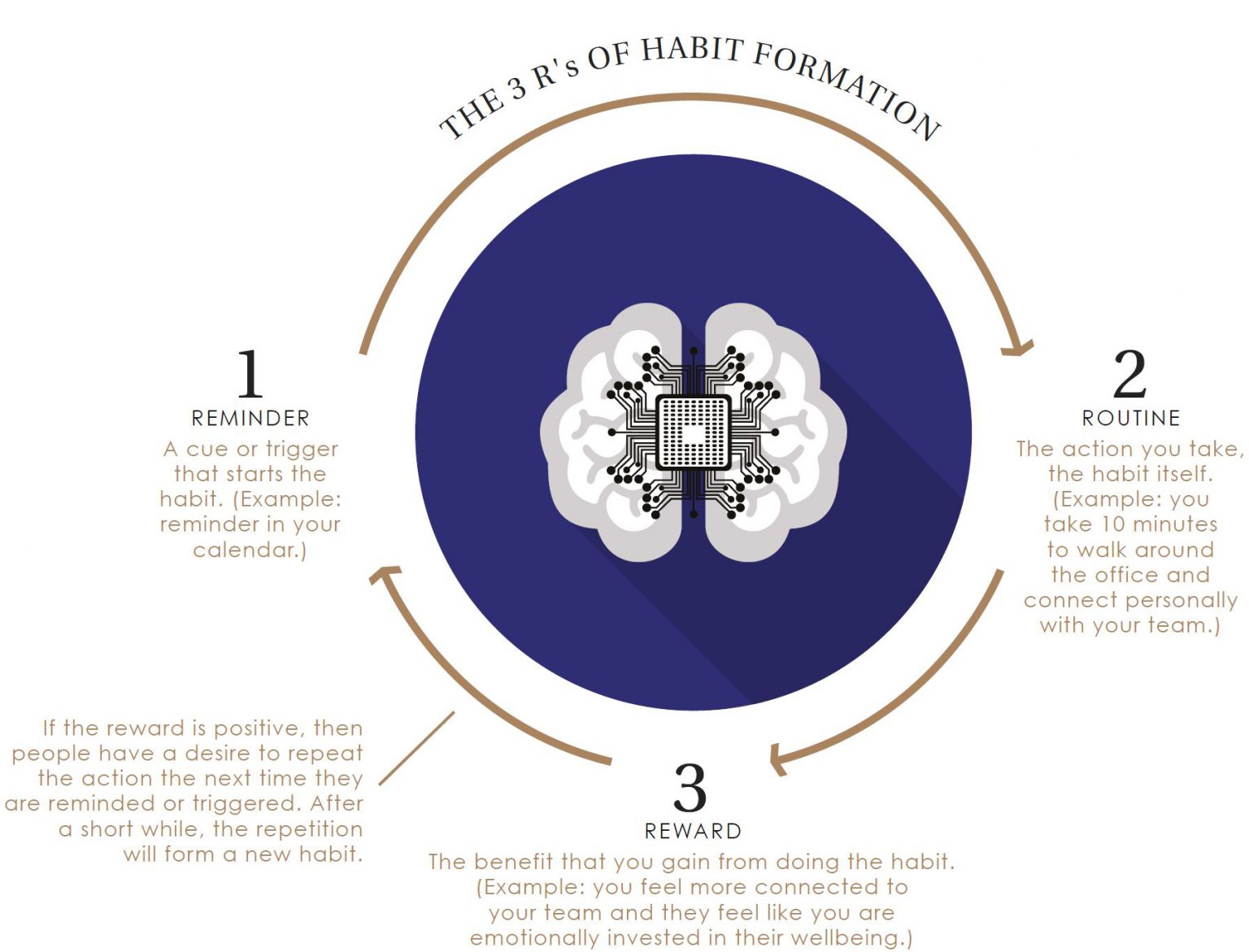 One method of instituting overall cultural change is to train key leaders throughout your organisation to enact a habit stack – or even three or four distinct desirable habits. ANZ has used a social media-like approach to initiate a company-wide challenge around key leadership habits and make them ‘go viral’.

“Micro-habits can be encouraged at scale in your organisation to develop the leaders you need for the future, and to espouse your company purpose,” says Monckton. “Using the concept of habits, we’ve worked with clients to translate the complex ideas of leadership development into small intentional behaviours that individually and collectively have a significant impact on the culture of an organisation.

Feedback from several such Maximus programs, “revealed 87 per cent of leaders said the simple habits made them a better leader; 96 per cent said they would continue to use the helpful habits they had learned,” says Monckton.

While shifting behaviour, and thereby transforming corporate culture, is often seen as a monumental task, Monckton points out it doesn’t have to be. “Beginning at a behavioural level with small habits that reward the user with positive outcomes taps into the power of habits to make each person’s life easier and their goals more efficiently realised,” she says.

A huge amount of effort and thinking goes into every article we publish and we’d like to say thank you to Natalie Filatoff for contributing to this article. 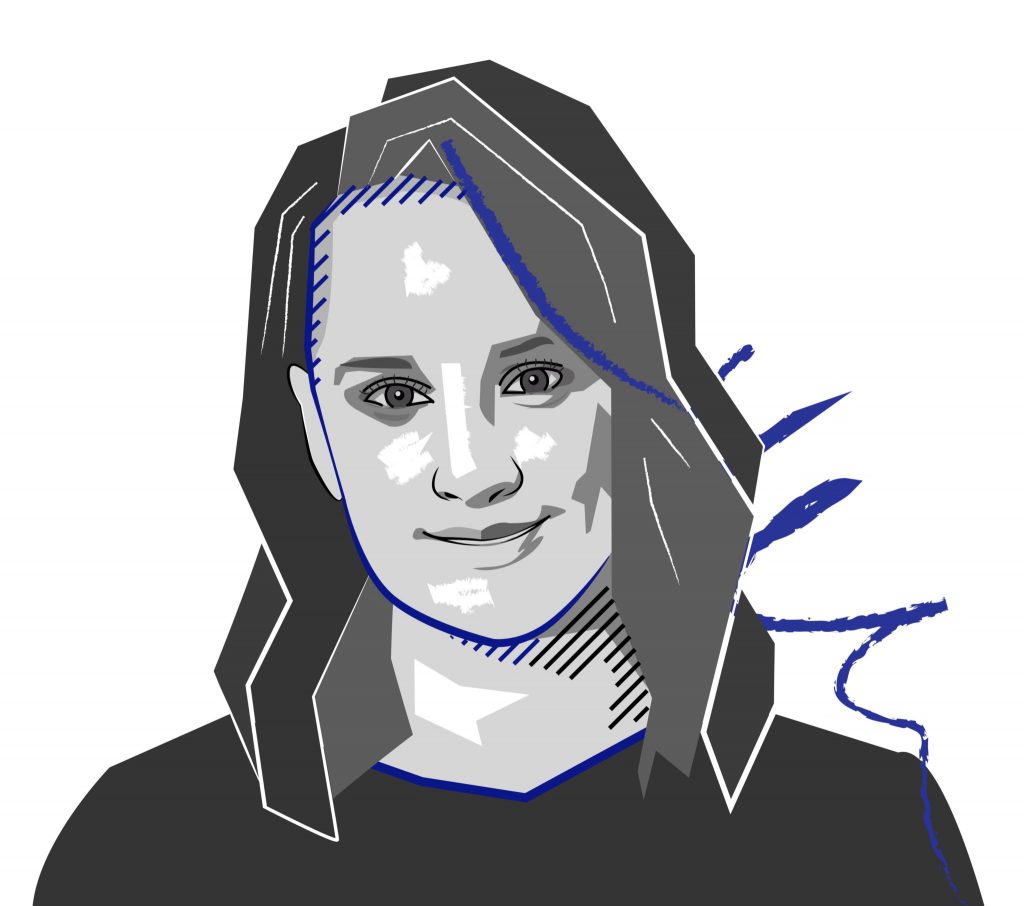 Senior leaders are under a microscope. Public expectations of them are at an all-time high, so getting the right team at the top is paramount – to success and survival. 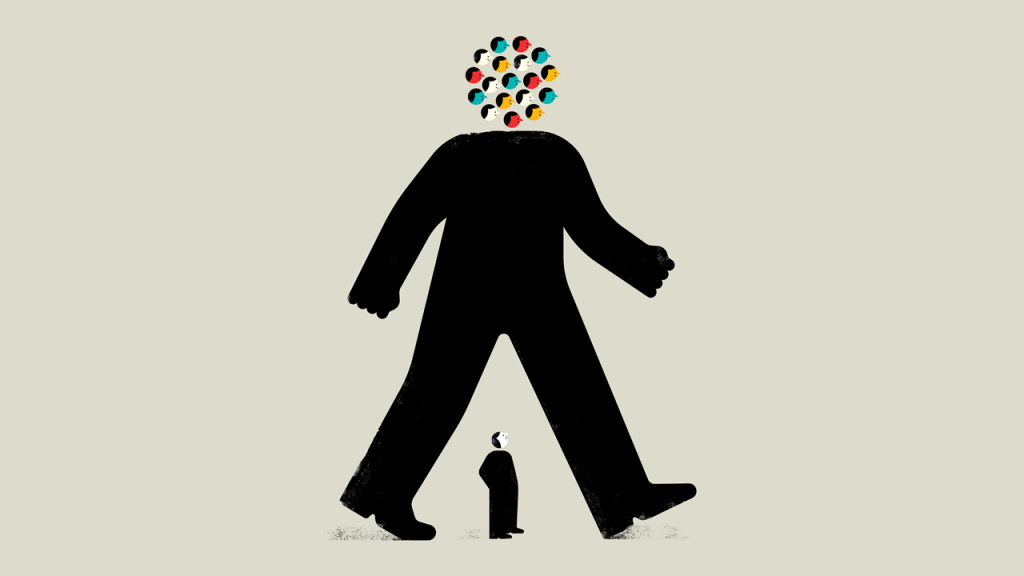 The Rise of the Tribe

Brent Duffy, Joint Managing Director of Maximus shares his perspective on why leadership is not a choice and why conviction and clarity are such key qualities for great leaders.