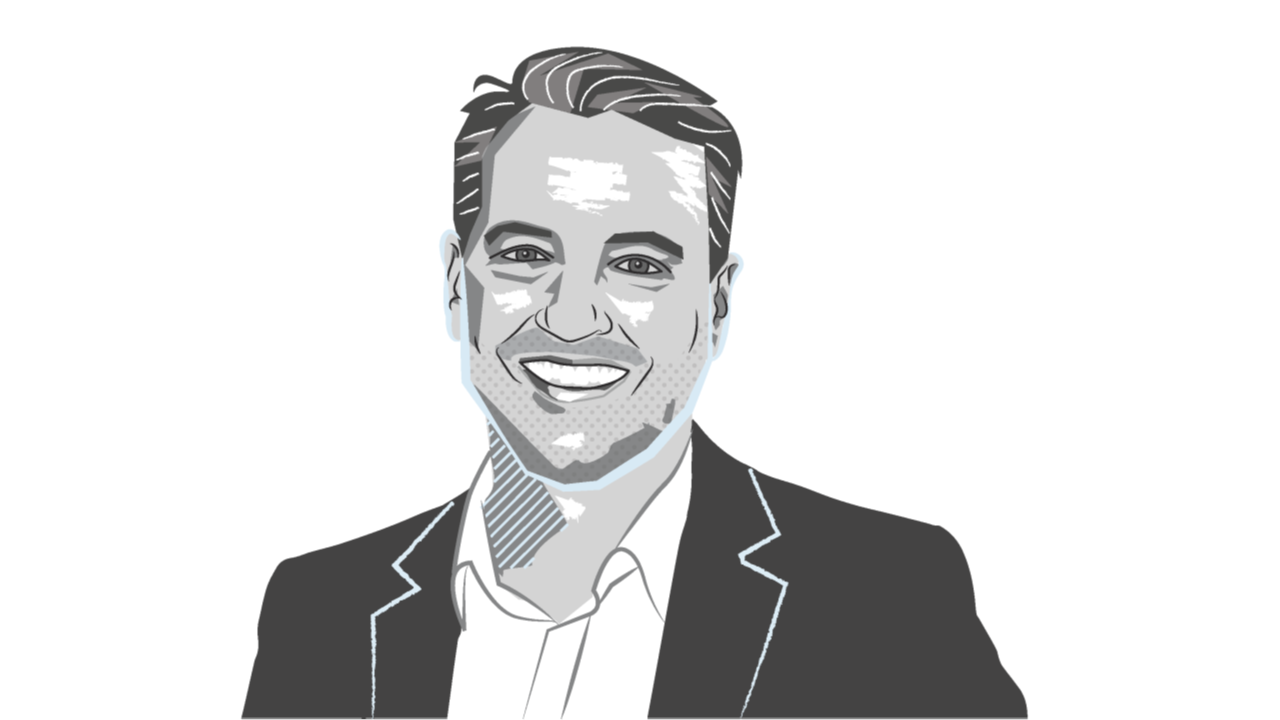 A Mindful Commitment to the Future

We are living in an era of global upheaval across politics, industry, business and the environment. Unprecedented disruption is confronting modern leaders with a multitude of challenges on so many fronts.

As we emerge from the devastation of the pandemic, it’s more important than ever for our leaders to be intellectually and morally equipped to embrace purpose and have clarity of vision. At a time when so many individuals and organisations have suffered significant economic effects from both COVID-19 and disasters such as bushfires and floods, it’s vital for leaders to maintain the resolve to deliver beyond the next quarterly results or the next election cycle. True, many are struggling to get back on an even footing and yet if there were ever a time to shut the door on short-termism, it’s now.

For Australia, a vision for national impact is especially critical, such as the urgent imperative to expand and improve the nation’s infrastructure, as well as create meaningful work for the million or more people whose livelihoods have been smashed as a result of the pandemic.

The pace and the complexity of navigating all this is full of short-term demands and pressures, which have the potential to sidetrack leaders. But when they have legacy and impact in the frame as a clear objective, the passion to achieve that much more enduring goal is ignited. That’s when leaders find they have clarity of purpose.

In our work at Maximus, we often ask leaders how they think future generations will view their legacy. How they believe that they will create an impact?

This confronting question gives them pause to reflect as to whether they honestly think the answer to that right now is what they want it to be. Technology and data are combining to ensure that we are the most recorded group of humans ever (so far). Our actions and their outcomes are being constantly captured on multiple platforms, set to be writ large and unvarnished for people 1000 years from now… and beyond. Transparency will be automatic, not optional.

Impact is not a solo feat, and those who are clinging to the notion of a hero leader would be better off heading to the movies than leading an organisation, or a country. The leaders we need are those who can democratise decisions and inspire their people and those around them to mobilise in pursuit of purpose.

The pressure of leadership is both a privilege and a responsibility. You get to grow in ways most people never will. Every challenge is an opportunity to evolve, to rise, and to allow your humanity to shine. The future is not about old-fashioned validations of success. It is about growing your impact and your capability, with focus on a bigger purpose beyond yourself. This requires staying open to change, continually evolving and having the courage and conviction to progress your long-term impact.

Leaders who have the courage to lead in this way and to look deeply within themselves are those who will build a meaningful legacy. These are the leaders who live what we at Maximus call ‘a legendary life’. It’s a life of purpose, and it reaps rewards beyond conventional imagination.

Through a series of interviews, Maximus is proud to bring exclusive insights showing what an impactful legacy means to five of Australia’s most accomplished leaders – and how they go about achieving it. 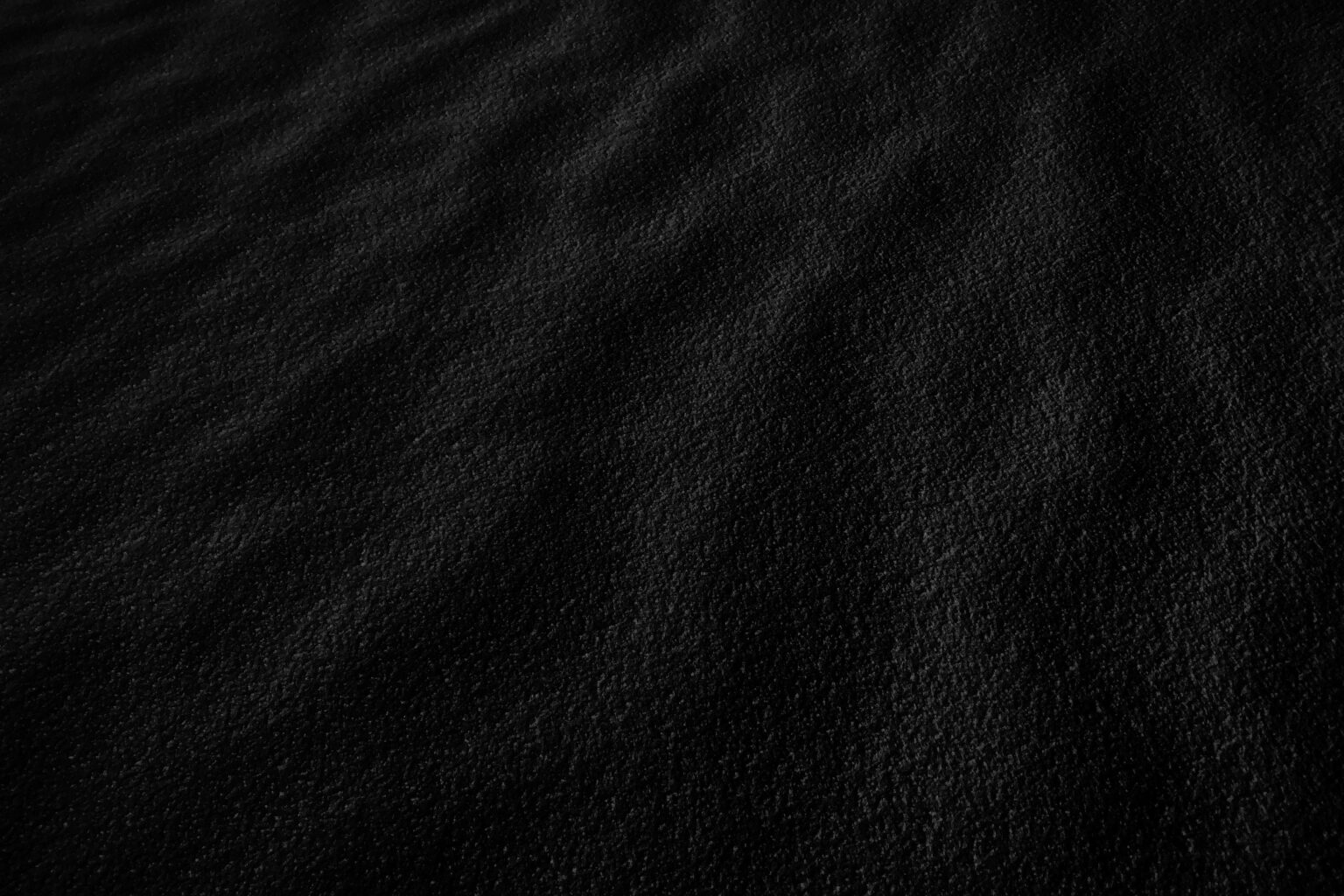 “I am convinced that everybody who’s in a senior leadership role leaves a legacy – whether they know it or not. Unfortunately, that doesn’t necessarily mean it’s always a good one. I have no doubt that if leaders consider their legacy as a measure of their success, we will provide greater long-lasting benefits to far more people. There are a few differing views on what a legacy is but for me, it is the lessons we’ve taught others, the culture we’ve created that shapes the way an organisation works, and – in an increasing degree of importance – the impact we’ve had on society.

When I began my career, the single most important measure of success was the financial return on the shareholder’s investment. Most other measures were related to the direct drivers of money. Customers were seen as a means to bring in revenue and employees were seen as a tool to obtain and keep the customers. With this narrow monetary focus, we often observed risk taking – putting the welfare of people and the health of our environment second to profits.

The first evidence of this that stuck with me was how a prominent auto manufacturer knew a certain model car had a design flaw but rather than recall and fix the issue, the leadership decided it would cost less money to payout settlement fees than fix the problem.

There are many other examples that are similar in principle where decisions and/or actions may have been different if leaders put a greater emphasis on their legacy. One has to ask if we would have had as many incidents where employees were treated unfairly, sexually harassed or bullied? Would we have seen as many oil spills, nuclear accidents or poisoned water resources? Would companies have deliberately misled investors and the media for ego or financial gain?

We are seeing an increase of interest in those that are zeroing in on positive legacy leaving organisations. Investment funds are looking for companies that can combine a good economic return while being responsible to their employees, customers, society and the environment. Government regulations are evolving to both encourage and hold companies accountable for the ongoing legacy. Customers are becoming loyal to those with good behaviour and consumer activists are increasingly going after those who are irresponsible.

There is plenty of evidence where employee recruitment, retention and productivity improves when people know their company and colleagues care about the greater good. For most positive legacy leavers, they single out and go after these types of professionals and staff accordingly.

One builds off of the other.

You want existing or prospective employees to ask themselves: ’What does the company see as its purpose and does this resonate with what I care about? Are we going do something positive that truly makes a difference and genuinely matters to others? Again, it’s about doing something today to make tomorrow better than yesterday. With all that is happening around the world with COVID-19, this is more important than ever. I am currently based in California, where we have been faced with a killer virus, social injustice, rioting, a month-long thick smoke cloud cover from the largest bushfires in recorded history, extreme record-breaking heat, seclusion, insufficient electricity to meet demand and an unhelpful political environment. Societies all over the world are facing similarly difficult circumstances. Most of us want this to be temporary and to make positive change. Shareholders, board members and employees alike can be part of the solution.

Legacy-driven organisations are more likely to deliver good economic returns, societal benefits and a workplace environment where employees can thrive. The sooner we all step up and follow these role-model leaders, the brighter our future will be.”

For more than four years, Morrow was Chief Executive of Australia’s broadband builder, nbn Co. Today he in the US working full-time as a special advisor and Managing Director for a Telco Giant AT&T. 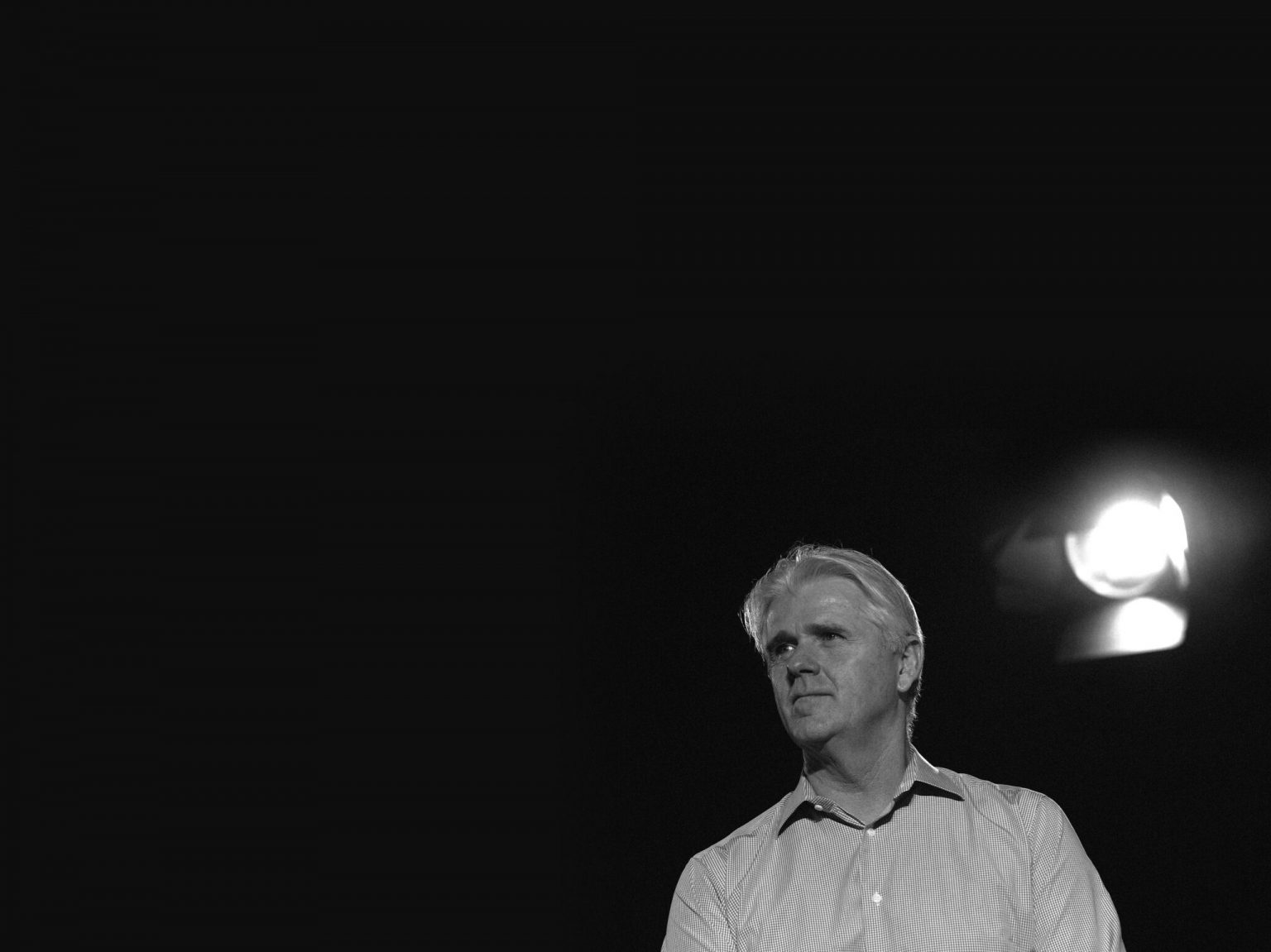 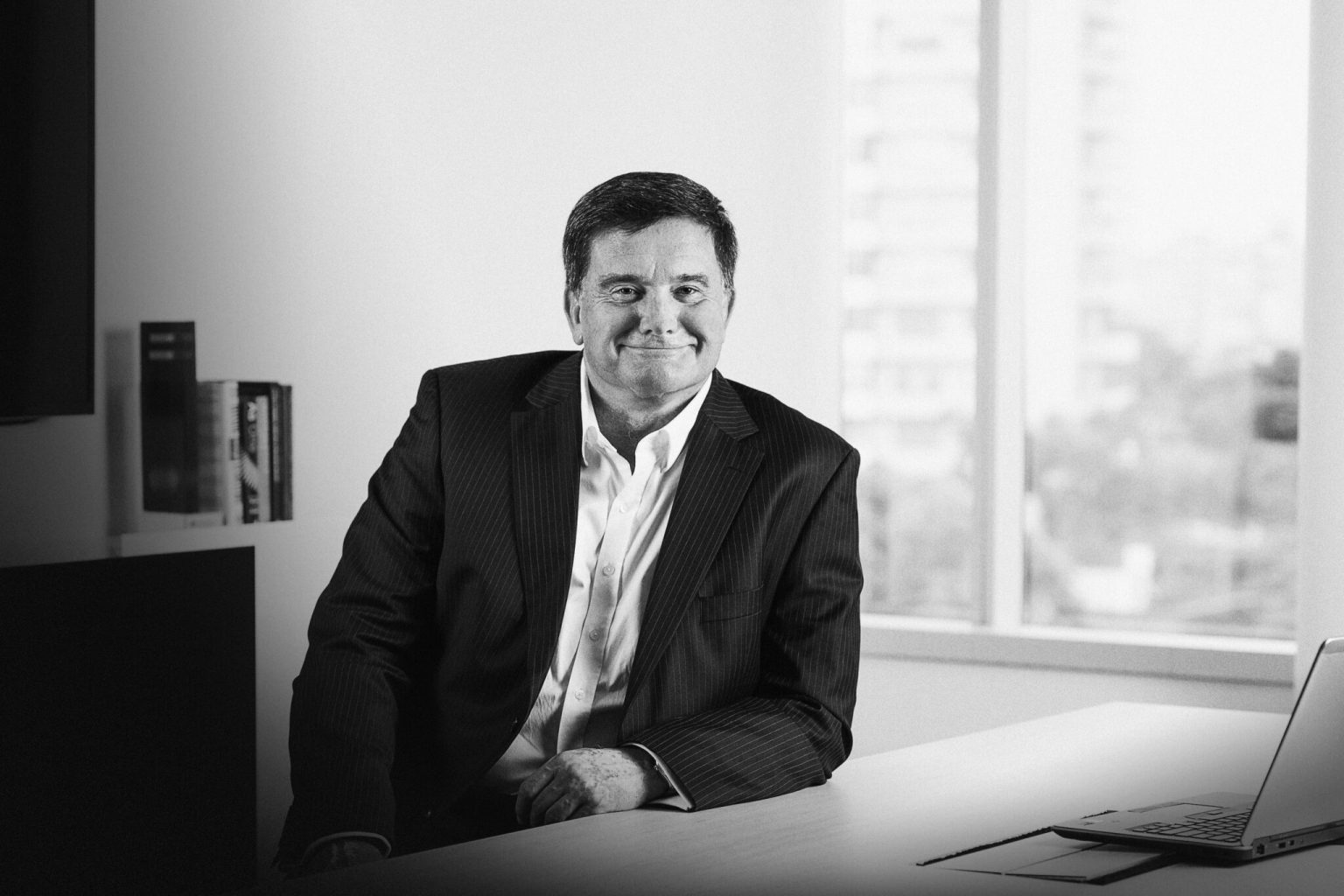 “Leaders have been tested during the COVID-19 pandemic and largely, we should be impressed by the manner and speed with which organisations in Australia adapted to the disruption and changed the way in which they work during the first phase of the pandemic.

Many leaders are admitting now, however, that during the second half of the fallout of COVID-19 performance has declined as momentum wanes.

In many cases day-to-day operations have been maintained successfully but execution against strategic plans have lagged. As we look to a post-COVID-19 and after months of working from home at a different pace, it will be a challenge to get organisations back to peak performance.

Attitudes have changed but the challenges of competing in a very competitive market have not. Well led organisations will again outperform those that are not. I have always believed that ‘culture beats strategy’ and that has not changed. Maintaining and building such a culture with a remote workforce will be even harder and an enormous challenge – but one that will be of huge importance.

I worry when the concept of legacy comes into the conversation too early in a leader’s career and as we start coming out of the global pandemic I predict forced leadership changes – highlighting those who have struggled to adapt – making way for new opportunities. This will be an important time for those rising to the challenge, to adapt and prove who they are as a leader rather than focussing immediately on their legacy.

However, once you’re established in a role, I think it’s really important to ask, ‘What will my legacy be?’ Even if it’s only for yourself. The public record shows I’ve had a very successful career, and when I left the [fixed term] CEO role at Aurecon, I wanted my successor William Cox, to be even more successful. Because if he doesn’t do better than I did, then I don’t feel that I delivered.

I’m puzzled when people see their organisations slip after they go. There’s almost a sense of, ‘I was much better than people realised.’ There should be more conversations around how the business endures past you – can you still see your fingerprints, but without ruling from the ‘grave’. The day your successor is announced people forget you very, very quickly. My CFO always said, ‘Let’s build the statue before we go, because no one’s going to build it after we’ve gone!’”

It’s often difficult to comprehend the scope of change around us. These numbers hint at the paradox in which we exist and the context we must now understand.

ZOOMING IN: THE AUSTRALIAN PICTURE

Here in Australia, COVID-19 has given leaders pause to think differently and create new opportunities that will have an acute impact on the future of our nation.

This article originally appeared in M Magazine 06 – our internally produced publication designed to deliver inspiration, aspiration, and utility for leaders in Australia and beyond. If you would like to receive a digital copy of M06 please click here 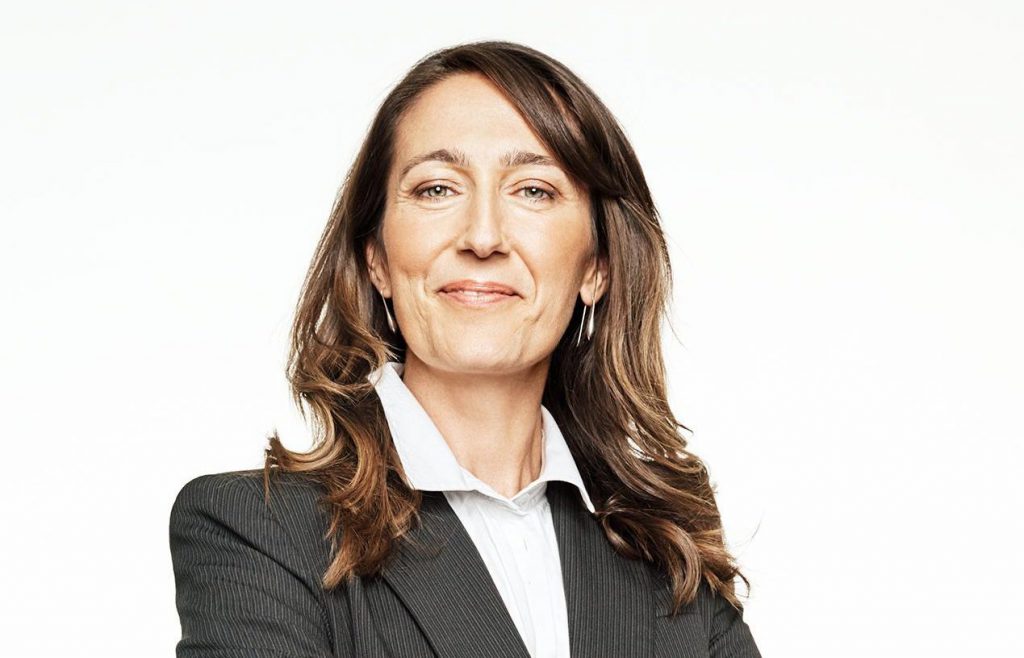 When Maximus designed Fire Up The Future, the vision was simple: disrupt leaders – pushing their personal and professional boundaries – so they can lead into a more authentic, holistic future. 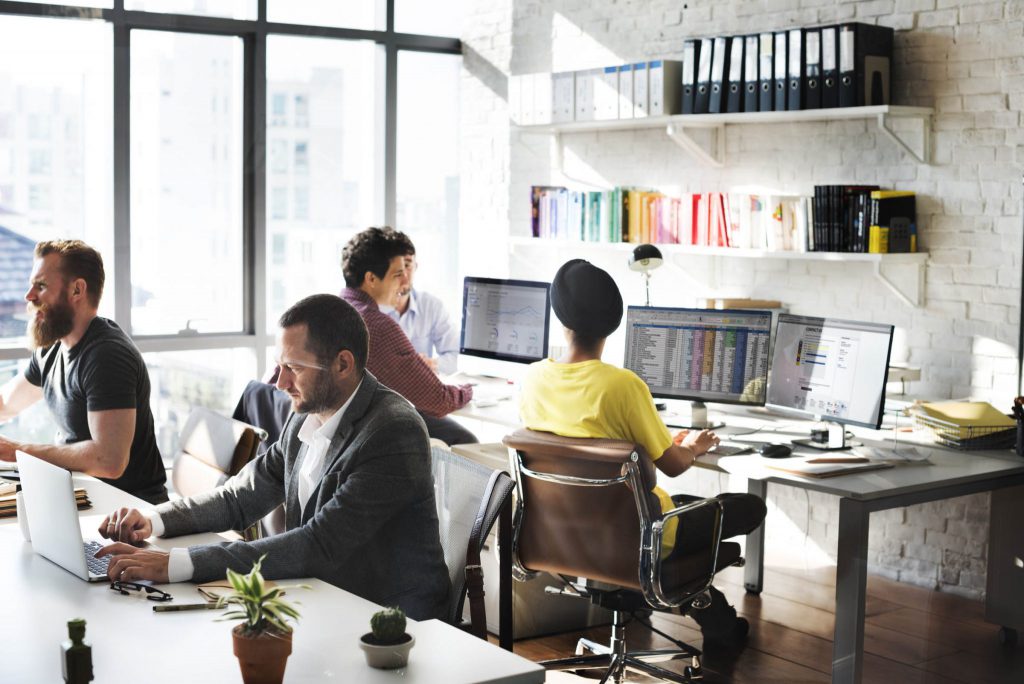 Employee engagement doesn’t just mean making every worker happy or getting high scores in staff satisfaction surveys. It means ensuring everyone is invested in the company’s success, understands the part they play in it and is willing to do their best. Find out how. 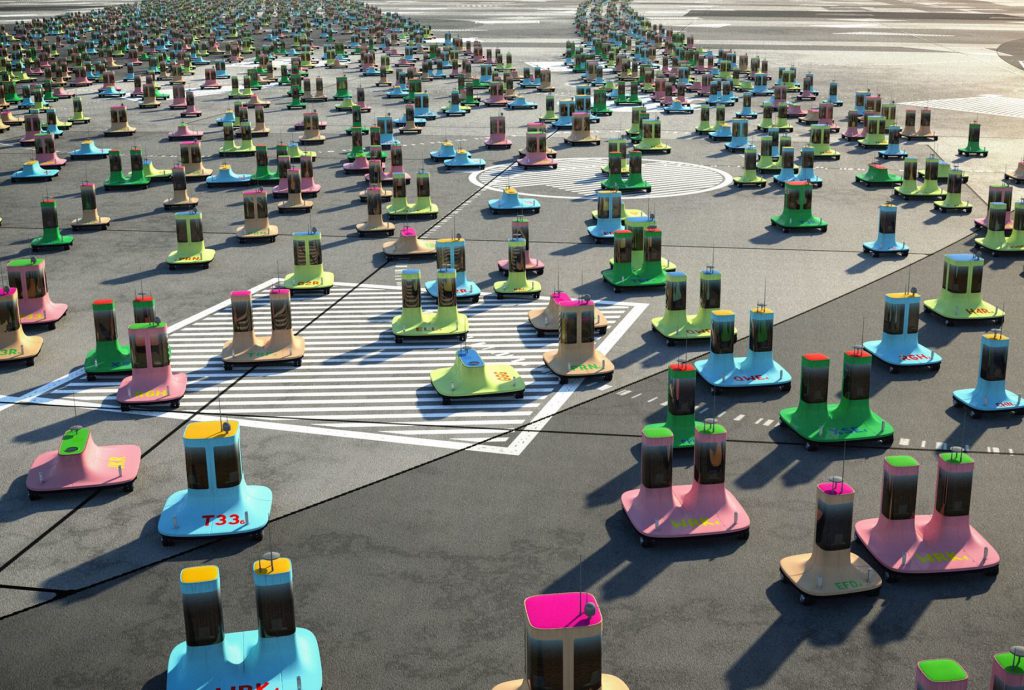 We live in a world where ‘digital’ is no longer a glorified marketing department in a company, or an economic sector on its own, but a layer over everything. Whilst digital technologies are a remarkable tool for improving human lives in a truly transformational manner, leaders must critically think about the ethical implications of their decisions in the midst of the increasingly growing and powerful tech landscape.